I'm working on the project again. I reworked the code to display stars that take up multiple squares. Here's an example of the Type O star, which looks great. It will actually have even more squares in the final version. 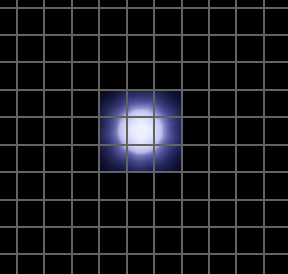 Now I'm focused on finishing up the New Player setup for your first ship and crewmember. This actually forces me to work on several other supporting areas like engine sections, engine items, and all the other supporting items needed to get a basic ship and new captain setup at the starting colony.
at 8:13 PM No comments: